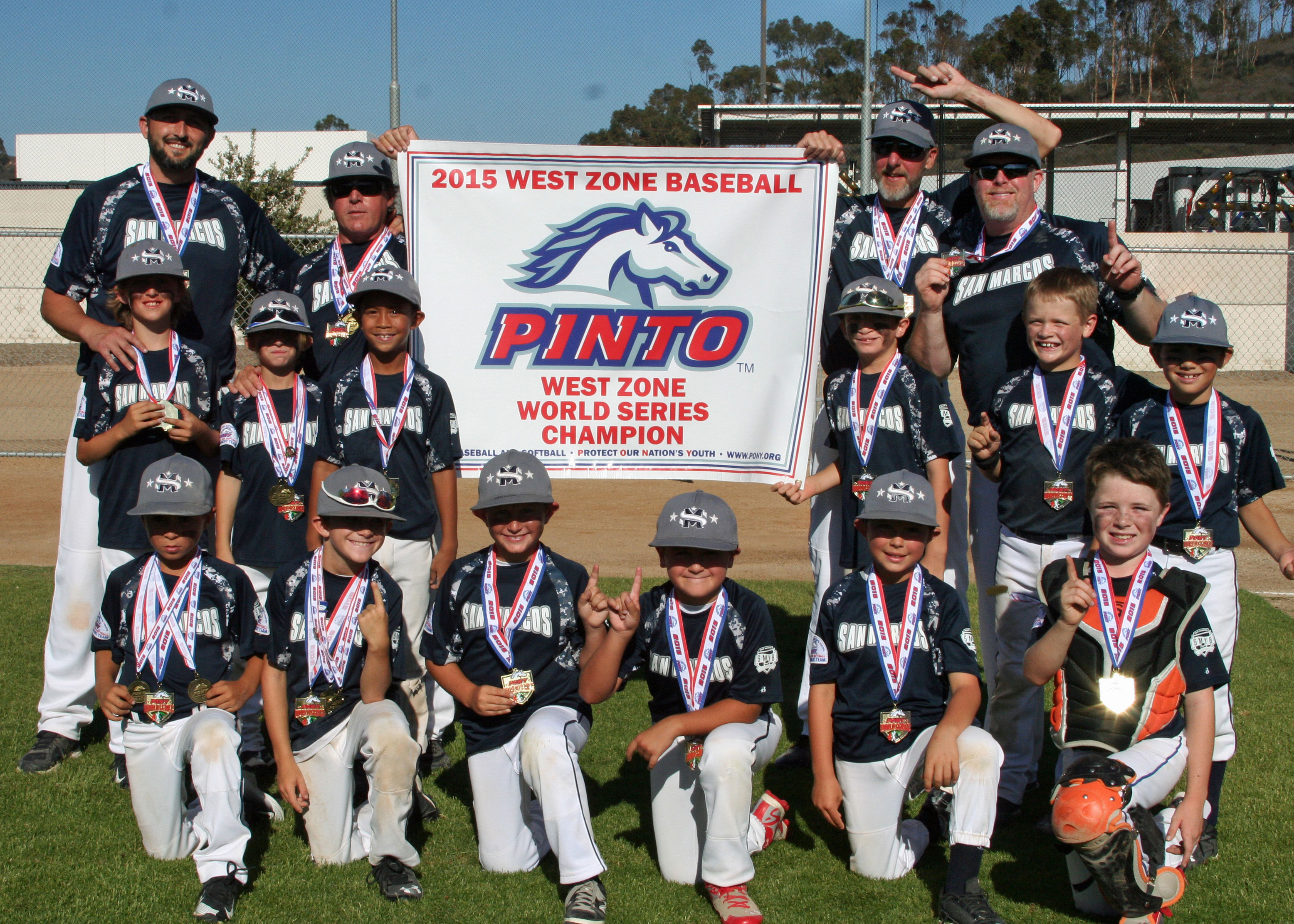 The team defeated the Tecolote All-Stars on July 28 to capture the Pinto Machine Pitch West Zone World Series for its age group, its second consecutive title.

This year, the team racked up an impressive list of accomplishments:

Parents said that most of the boys have been playing together since tee-ball days.

“We added two boys this year, but for the most part, the core has been together for two years,” said Kristen Kumasaka, one of the team moms. “It’s been a very exciting run with the boys. We are so proud of them.”

Among the highlights of the year include Jack Buffini hitting a home run in the championship game and Blake Scharin and Troy Keeth hitting home runs on Father’s Day.

Pony (Protect Our Nation’s Youth) Baseball was established 30 years ago as an alternative to traditional little league baseball. The two distinguishing factors are the two-year age bracket system and the scaled dimensions of the ball fields. In the Pinto, or 7-8 year old division, the base path is 50 feet, and a pitching machine delivers the balls to the hitters.

Pony begins hosting an international World Series when players reach the 10U division, meaning that the two zone world series the Knights have collected are the top honors for the age group.