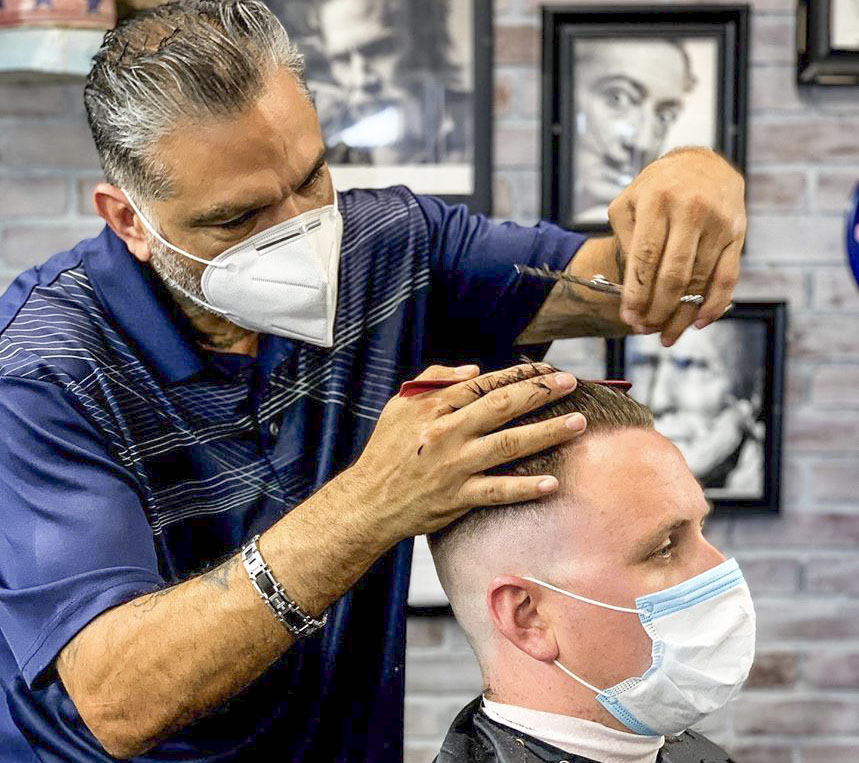 American Deluxe Barbershop in Oceanside has reopened, but also applied for a low-interest loan from the city for businesses hurt by COVID-19 closures. Photo via Facebook

OCEANSIDE — Over the past two months, the City of Oceanside has approved or is considering low-interest loans totaling $404,000 to 26 local businesses, as part of its COVID-19 Business Loan Program.

Eight loan applications have been approved or already funded; 18 remain pending, as of the city’s June 19 response to The Coast News’ public records request.

The program, launched April 22, intends to tide businesses over while they wait for federal loans to arrive from the Small Business Administration. City loans might also top up federal loans that, even once arrived, don’t provide businesses sufficient cash, said Michelle Geller, Oceanside’s economic development manager, in a June 22 interview.

The program allows loans up to $20,000 with interest rates between zero and 3.25 percent, depending on the loan amount and repayment duration.

Applicants to the city so far have requested a median $19,000.

Lavish Ocean co-owner Raymond Verin told The Coast News in a June 19 email that he didn’t yet have an Oceanside business license, though he’s obtained one since.

“All is well, as I obtained my [Paycheck Protection Program] and [Economic Injury Disaster Loan] funds a few weeks later,” he said.

Among other requirements, eligible enterprises must have applied and been approved for other financings, whether from the feds, state or a private lender; and provide retail sales and consumer services (no professional services or home businesses).

Loan applicants must “declare that any loan funds received from the city will be used to the benefit of the business physically located in Oceanside,” according to the program’s web site.

The program will continue until it exhausts the $1.2 million with which city council funded it, or until council officially ends the state of local emergency it earlier declared due to the pandemic.

According to Geller, the city has advertised the program on its web site; through local business and marketing organizations, including the Oceanside Chamber of Commerce, MainStreet Oceanside and Visit Oceanside; and by directly emailing some 2,000 brick and mortar businesses currently licensed in the city.

For more information, visit www.ci.oceanside.ca.us/gov/ecd/home/businessloan.asp or call the city’s economic development office at (760) 435-3351.